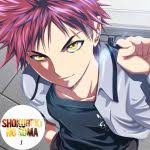 Game Info:
In the aftermath of World War III, Earth has been ravaged and the population decimated by a deteriorating environment. The countries that survived have joined together to form the Greater Unified Nations and turned their eyes skyward. Edge Maverick and his childhood friend Reimi Saionji are chosen as pioneer members of the Space Reconnaissance Force, created to seek out new worlds beyond the stars. And so, Edge and his crew aboard the Calnus begin their voyage in search of a new haven for humanity ... and a second chance.

* Combines sci-fi and fantasy elements, spanning multiple planets and the vastness of space itself to recount the origins of the Star Ocean universe

* Item creation and Private Actions, two hallmarks of the Star Ocean franchise, also make their return, allowing for players to enjoy upgraded versions of both systems

* New Blindside battle system fuses evasion and offense, enabling players to confuse and ambush enemies by quickly moving out of their line of sight when targeted

It is, but since you're buying it for the PSTripple, you can rub it in Xbot's faces with additional content, though that doesn't change the fact this installment is the weakest in the series.
Top

Totally mediocre game, unless you are a real Star Ocean fan avoid this thing. For any star ocean die hard fan mediocre or not we could not help it but play it hoping that it wasn't as bad as people said, unfortunateky it was. A shame.
Top I don't see the problem, I played this on the 360 when it came out and I think it's a great game. There's plenty of sub quests to do and the fight scenes are a lot better than your bog standard choose an attack and wait to get hit scenario. From what I hear of ff13 this is better in every way.
Top

This is a great game. Loved the storyline.
Top

I enjoyed playing the game (even though I haven't beaten it.... I really need to start up again) It looks great and the battle system isn't bad. As far as the story is concerned, well, I can't really judge it based on other Star Ocean stories, because the only other Star Ocean game I've ever played was Till the End of Time. At the very least, it's worth a weekend rental.
"You cannot see me. You cannot hear me."

Since this is NOT a stand alone game, this is undeniably a shame for the whole SO series.

The weakest and most random cast of characters in the whole series plus the story, even if you were to consider it a stand alone game how did it make sense to you guys? Does the last boss makes sense to you?


here's plenty of sub quests to do and the fight scenes are a lot better than your bog standard choose an attack and wait to get hit scenario.

Indeed. That kick ass real time battle system is one of the trademark of the series, it was as great as ever, so a game with plenty of sidequests and good battle system make it great then? What about story and characters. It its your fist SO game then passes as barely decent i guess, still the story and many things makes no sense and look illogical.


Nope, playing FFXIII now and infinitely superior to SO in all aspects. The Battle system while not as fun as the one of SO there are no waiting times in FFXIII this time around and its fun to an extent as well.

Believe it or not pains me to say so as the So series is one of my top 3 favorite series ever.

Yet, glad some of you enjoyed it so do yourselves a favor and play Star Ocean 1 and more importantly Star Ocean 2.
Top

I saw this scenario a lot on gamefaqs, how people say the story doesn't make any sense. To be honest I don't really care, I don't care that there sword hurts mobs but guns don't, I don't care that the story is a bit weak. I like the characters and I liked welch a lot, I mean I played so much that I almost went down to the bottom of that bonus dungeon but I started playing something else before I finished it.

A lot of people complain about how the main character goes a bit nuts in the middle of the game which was a bit stupid but whatever, it's not like your meant to like every character.
I found the game to be fun and that's the main thing, I can't stand games that stress me out.
Top

Yes, Im still playing it, and my character is now a Bounty Hunter, and working his way up that skill tree. Ive got tons more screenshots, but I dont have time to post them all up at the moment.
Top
Post Reply
10 posts • Page 1 of 1

Users browsing this forum: No registered users and 1 guest